No guarantee of a job as a graduate in South Africa

A few decades ago, graduating from high school used to be an assurance of having a decent job; one where you could earn a respectable living.

With the turn of the 21st century, things have changed as unemployment and poverty have continued to increase in South Africa, while the inequality gap has widened.

Presently, there are very few opportunities available for you as a school leaver with only a matric certificate in hand. Even with the latest minimum wage at R20.76 an hour, which many consider meagre, you would struggle to pull yourself out of poverty. The South African government attempted to address these challenges since 1994, with limited success.

Even if we include those who have gone further and obtained tertiary qualifications, Statistics South Africa says that a staggering 44.7% of youths (15-34 years old) were unemployed (9.12 million people) in the second quarter of 2020.

Graduate unemployment on the rise

In 2016, a graduate named Lindelani Madonsela resorted to advertising his CV at a busy traffic intersection in order to get employment. This was after five years of limited job hunting success, since having graduated from the University of Pretoria with a public management degree.

He had hoped to repay his grandmother who had funded his studies. Sadly, she passed away before he could do so. He ended up volunteering at his former high school while continuing to apply for jobs.

Lindelani is not the only one with this challenge. A Centre for Development and Enterprise report stated that 7.5 million young people were unemployed, and neither studying nor training in 2017. The main cause identified was substandard education and a lack of proper training.

In 2017, TimesLIVE reported on a University of Johannesburg engineering graduate, David Lekomanyane, who struggled to get a job after completing his degree in 2015. As the first one to graduate in his family, he had high hopes of lifting his family’s standard of living after spending about R200,000 on university fees.

Due to lack of experience, he was forced to volunteer at a mining company in order to obtain some of the required experience at the jobs he had been applying for. David ended up signing up for a R2,000 a month internship, with an outstanding balance of R32,000 in university fees hanging over his head.

Certain futurists and researchers said that 2 billion jobs that exist today will not exist in 2030 and that 65% of children entering Grade 1 this year will assume careers that don’t yet exist. This signals a need to adapt and start to focus on creating new job opportunities.

Of concern is that this rate of entrepreneurial intention has been declining in South Africa during the past decade. In 2013 it stood at 15.4%, while in 2010 it was 19.6%.

Entrepreneurship as an alternative

With limited job opportunities available for graduates and non-graduates alike, starting your own business gives you the next best chance at survival and earning an income. Perhaps there is a need for us to help South Africa raise its entrepreneurial intention through innovation; sometimes you just need a nudge in the right direction.

We at The School of Entrepreneurship could help you get empowered as an entrepreneur with access to various resources, through coaching, training and other avenues. Our main aim is to decrease the growing unemployment problem South Africa is currently facing. With our help, you can set up a business which becomes sustainable, profitable and competitive.

At the School of Entrepreneurship, accomplished entrepreneurs show you how to start a sustainable business by following the 'Concept-to-Company' Creator Formula.
Show me more 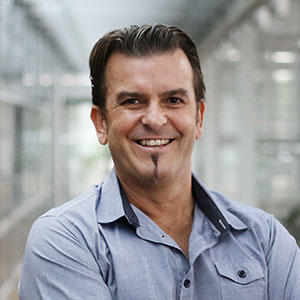 Degree to disagree: Entrepreneurship is the answer to youth unemployment

The threat of robots, AI and automation to jobs

No guarantee of a job as a graduate in South Africa

Tuition fees in South Africa: Can our youth still make it?

2020 © School of Entrepreneurship by The Lions Den

Made with ❤️️ in South Africa

Learn how the Entrepreneurship Mastery Programme sets you up for success in life and business.